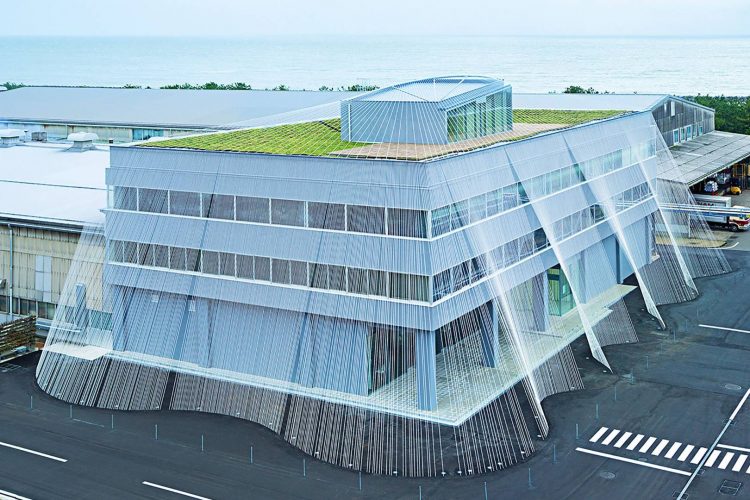 As earthquake-resistant structures are constantly advancing, there are always new innovations by the industry that can potentially withstand immense levels of seismic force. That said, we are still highly susceptible to the aftereffects of earthquakes. Even modern commercial buildings and bridges can collapse completely under the stress of exposure to the seismic waves’ lateral forces.

California’s second-largest city, San Diego is a less vulnerable region than Los Angeles or San Francisco when it comes to the devastating effects of an earthquake.

Yet, a recent study has found that a fault running through the heart of the city could pose a far greater threat than was once thought. It is now thought that, should this fault create a plausible earthquake of 6.9 magnitudes, it could result in $38 billion in economic losses, damaging some 120,000 of the city’s commercial structures and residential property, not to mention how many lives could be lost. This newfound evidence of increased risk could see the commercial property market of San Diego suffer if not significantly and politically addressed.

Coined as a completely novel approach to earthquake resistance structures, currently, there are tests on seismic cloaking as a way of creating a protective barrier that can reroute seismic energy away from structures above the ground. It involves modifying ground materials and soils surrounding the structure to redirect or deflect the earthquake’s force. This relies on the theory that energy passes between the seismic wave’s kinetic energy and the potential energy stored within the earth’s crust. Earthquake engineers are attempting, therefore, to create a structure that acts as a cloak to control the force of seismic waves upon a building.

Tests and observations show that modified soil can stop seismic vibrations. This application could be significantly far-reaching. Therefore,  public and private firms are already considering its use to protect their high-priority structures

The function of controlled rocking systems is to prevent damage. These systems minimize the movements and drifts that occur within a structure during an earthquake. They utilize braced frames of steel that feature elastic properties, allowing them to rock upon their foundation. These elastic properties create a restoring, self-centering force that causes seismic vibrations to dissipate throughout the structure. At the same time,  its frame is left to rock within an intentionally placed gap in the foundation.

Particularly popular in North America and Japan,  some earthquake-resistant buildings have used steel plate shear wall systems since the 1970s. Their main use is reinforcing buildings. They are a promising alternative to the earthquake-resistant systems conventionally used in many high-risk regions. Steel shear walls limit lateral force by absorbing the stress.  They bend without completely buckling under the immense pressure. They are also much thinner than concrete shear walls, yet, they offer similar levels of stability and resistance. As a result, they reduce the cost of construction and lowering the overall building weight.

Earthquake’s seismic waves weaken the stability of a building. To enable a structure to withstand an earthquake, it involves preventing them from collapsing, especially if they are particularly tall. One relatively inexpensive method of controlling seismic stress is through base isolation. By isolating a structure’s base from its foundation using lead-rubber bearings, it is possible to effectively absorb or deflect the seismic vibrations away from the structure.

Comprising a rubber housing that surrounds a lead core, a lead-rubber bearing is then placed between two steel plates, which is fixed at the building foundation’s base. The rubber’s elasticity absorbs vibrational energy that could otherwise cause a significant amount of damage. Also, the lead core dissipates any residual energy not already deflected or absorbed by the outer layers. As the science supporting this system advances, civil engineers are working to uncover new materials that could further enhance the effectiveness of these isolators.

To create a traditional mass damper system, large metal pendulums are attached to cables and suspended at the top of tall buildings. Acting as an inertial counterweight, these pendulums keep the structure as centered as possible. Essentially, this system lowers the speed at which a structure can oscillate, as well as how far it can move.

An earthquake’s seismic force can result in a devastating loss of life as well as property damage. Therefore, engineers are working tirelessly to find innovative solutions for earthquake-resistant structures.  Such solutions should defend structures, protect from economic damage, and most importantly, preserve life.

Emila is a freelance journalist with a love for real estate, property trends, and construction. Her inclination towards nature has made her take up a lot of challenging assignments in the subject of “landscape” and also has made her initiate writing blogs. She has published on sites such as Allure, RealtyExecutives, and Bigger Pockets.