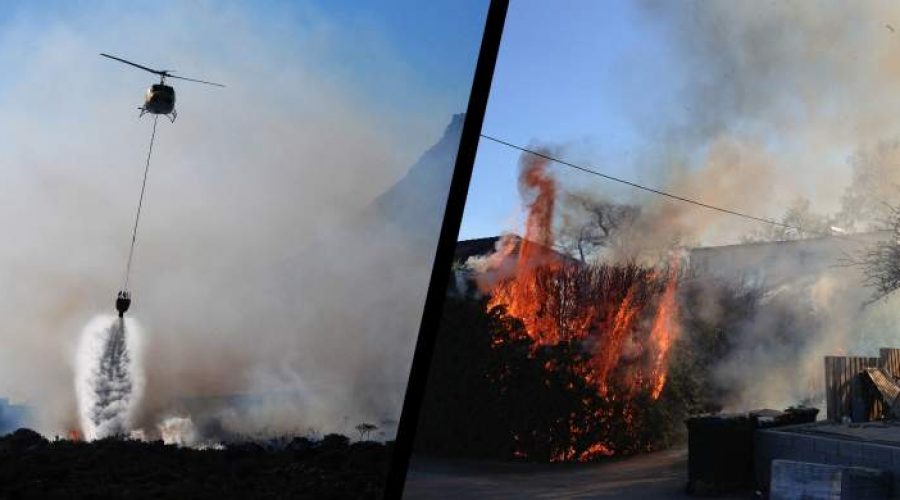 Fireproof Homes – The Answer for Building in High Fire Areas

Several deadly firestorms have taken place in fire prone areas around the world in the past and many will still happen in the nearest future. It is on record that the United States of America had one of its devastating fire disasters in Wisconsin in 1871, which killed about 2,500 persons and destroyed 12 communities as well as 1.2 million acres of land.

As if that one was not enough, many widespread wildfire incidences killed around 23 persons leaving over 3,500 houses and buildings engulfed in fire. In fact, this was among the deadliest fire incidences in Northern California in the history of that state.

With all these wildfires happening even the most recent incident that took place in California in 2018 where 86 persons lost their lives and 18,000 structures were destroyed. It is time to think out the right strategy to use to protect your home. Don’t you think so?

But do you think that better house construction can prevent fire incident from taking place or reduce the impact of future occurrences? Or does it mean that wildfires cannot be prevented, controlled, or even dealt with squarely?

The construction of fire protection houses is the answer!

The earthquake and firestorm that happened in 1906 in San Francisco inspired Frank Lloyd Wright to write an article titled “A Fireproof House for $5,000” published in Ladies Home Journal (LHJ) in April 1907.

The article showed the sketches and floor plans which were designed specifically for the LHJ. Little wonder that journal became the first magazine to have a subscriber base of one million persons globally.

1. They have a simple design

The floor plan of the house shows the pattern of American Foursquare which was in vogue at that time. Concrete forms can be made once and used four times because of the four sides having the same measurement.

The house is constructed using steel and masonry materials to provide fire protection, as well as protection from heat, dampness, and cold. This type of structure lasts longer than those carved from solid stone.

3. The roof is fortified with concrete slab

The walls, floors, and the roof are made of monolithic casting. The reinforced gravel concrete is five-inch thick that produces fire resistant floors and a roof slab that hangs higher for the protection of the walls. The roof is a mix of tar and gravel and hanged to drain into the downspout close to the warm center chimney.

4. They have eaves – false ceiling

The second-story rooms of the fireproof home are protected the more from the scorching sun using a false ceiling of plastered metal lath which hangs eight inches below the base of the roof slab. This will open an area for the circulation of air above, channeled to the space in the center of the chimney.

Regulating the air circulation by a simple device reached from the window of second-story is similar to what is applicable these days in high fire zones. That is, the system is open in summer months and closed during winter as well as safety from burning coals.

5. The interior walls are plastered

The interior walls are made of metal lath by the two sides or three-inch tile placed on the floor slabs after the reinforced concrete construction has been concluded. The whole wall is plastered after coating the interior surfaces of the exterior concrete walls using paint or placing them in line with plasterboard.

6. Only a handful of landscaping is needed

During summer, flowers and even foliage are prepared for as a means of decorating the design. But in winter, the house is well accumulated. The design could stand on its own having this decorative feature only.

The building of a complete fire protection home may be an expensive venture to undertake, but there is the possibility to construct buildings with enough fireproof within your budget. Doing this will mean that you critically look at the requirements for fire resistance, such as selecting the right building materials, installing fire alarm systems, etc.

It is expected that these requirements can reduce the effects of firestorm substantially in a home. Here are the requirements.

Using the right materials for construction

The suitable materials that can serve for building a fire protection home should have the following properties.

Fireproof Features of Most Construction Materials

Many materials exist which are applied in the construction of fire resistance homes. The characteristics of such materials are as follow:

Stone – It is obvious that stone is a bad heat conductor but how do its constituents behave under fire? Sandstones can withstand fire moderately based on its fire grains. Granites break under the effect of fire, while limestone disintegrates easily.

Brick – This material can withstand heat even up to 1200 degrees centigrade. If an excellent quality of mortar is used to cement the bricks at the time of building, its fire resistance will improve greatly.

Timber – Timber is a good conductor of heat and fire, and any building made of timber rapidly goes down under fire. In fact, timber increases the intensity of the fire and as such using timbers for construction is just like digging your grave.

However, the surface of the timber can be coated with chemicals such as ammonium phosphate, borax, and boric acid to make it more resistant to fire. Sometimes, fire-resistant paint is applied to timber to increase its fireproof ability.

Concrete – Concrete is good at resisting fire in a significant manner. Its ability to withstand fire is based on the quality of cement used in its construction as well as the aggregates. Also, reinforced and pre-stressed concrete and steel contribute to its fire-resisting ability.

Aluminum – This element is a good conductor of heat but has a higher resistance to fire.

Glass – Glass is a poor heat conductor. It expands when under fire or heat but when it cools down, it generates cracks. Glass reinforced with steel wire tends to withstand fire more and if it breaks, it could stay in its original state.

To fireproof a house is to ensure that every safety measures are in place, which will help to protect the home during any fire outbreak. It begins from choosing the right and suitable fire-resistant materials for the construction of homes.

Fire disaster has come to stay and the only way to mitigate against its deadly effects on mankind and their building structures is to fireproof every home in those firestorm-prone zones.  With fireproof homes in place, you can be able to live in high fire areas with peace of mind.