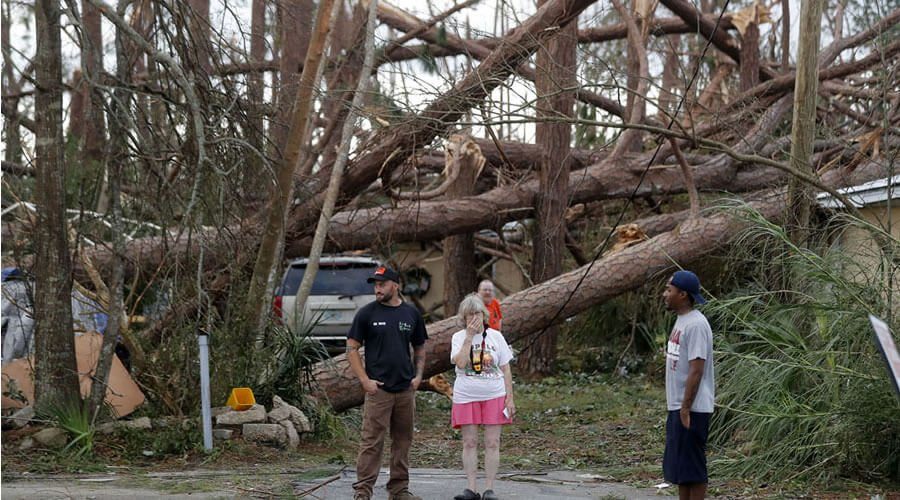 Hurricanes are the most violent storms on Earth and people may call them by other names such as typhoons or cyclones, depending on where they take place. The scientific term for these storms, however, is a tropical cyclone and only those that form over the eastern Pacific Ocean and the Atlantic Ocean are called “hurricanes.”

Every year, the United States’ coastal regions brace themselves for these violent storms, and the most recent ones are Hurricane Florence and Hurricane Michael. It is very sad that Hurricane Florence, which hit the coast as a category one hurricane, caused catastrophic damage across the Carolina in September 2018, primarily because of freshwater flooding. At least seventeen deaths were reported, and nearly a million people were left without power. Hurricane Michael, on the other hand, is the most powerful hurricane to ever hit U.S. mainland since 1969. 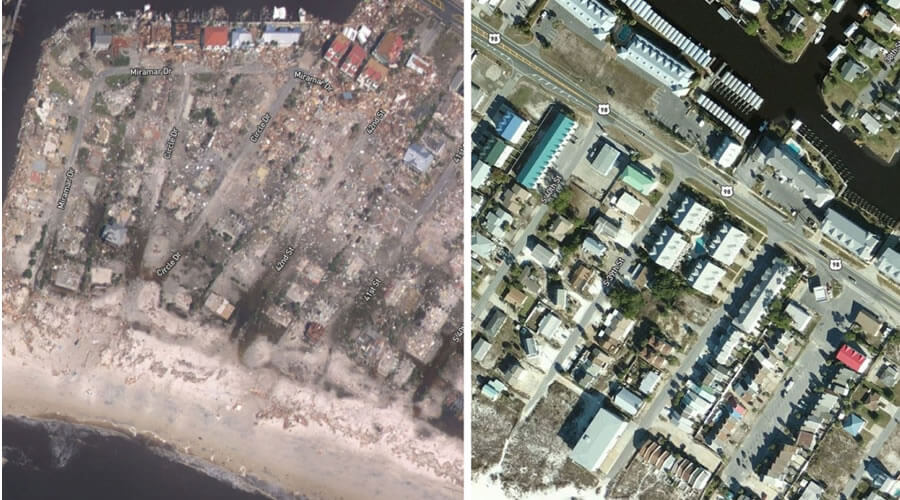 As much as there is no way to prevent such natural disasters, their damage and losses can always be mitigated by concerned individuals and businesses. In particular, architectural and structural design companies in vulnerable areas like Florida and California can reduce these damages by providing low-cost home design remedies and the necessary relief efforts. 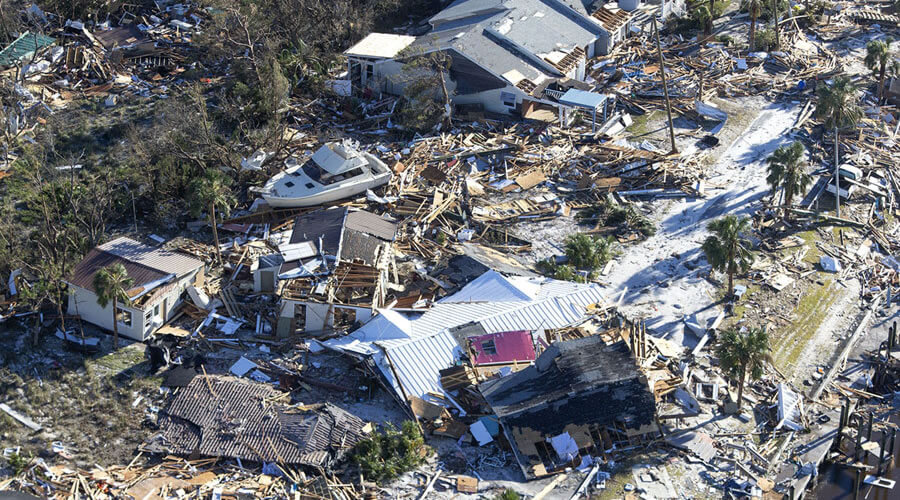 Formation and Reasons for Hurricanes in the United States

Most hurricanes hitting the United States start either in the Atlantic or the Caribbean. The worst storms, however, start on the coast of Africa. As they slowly drift westward, they gather energy and heat through contact with warm seawater. The evaporation of this water increases their power. Warm, moist air progresses toward the storm’s central region and spirals upward. Hurricanes turn around in a counter-clockwise direction around an “eye” whose edges (i.e., eyewall) are the most violent part of the storm. Hurricanes have winds of a minimum of 74 miles per hour, and they strengthen until they gain contact with cooler water or land. When they come to land, the strong winds, heavy waves, and heavy rains can damage trees, cars, and buildings.

The geographic location of the United States makes it more prone to hurricanes as two of the most massive oceans in the world, the Pacific Ocean and the Atlantic Ocean, surround it. The oceans are on the United States’ East and West Coasts. For instance, Florida, which is on the East Coast, has quite a history with hurricanes. As it is near the tropics and westerly winds blow off the coasts of Africa along the equator, it is defenseless.

Lastly, another primary reason for hurricanes in the United States is climate change. Owing to higher sea levels and Warmer Ocean temperatures, it is likely that climate change impacts will intensify. Particularly, warmer sea surface temperatures strengthen tropical storm wind speeds, possibly delivering more destruction when they make landfall. Moreover, sea level rises are expected to make future coastal windstorms like hurricanes more damaging. Globally averaged, the rise of sea level is expected to reach between 1 and 4 feet during the next century, and this will intensify coastal storm surge.

Reducing the Damages Caused by Hurricanes

There are specific precautions people can take to minimize the damage in hurricane-prone areas. The first step in preparedness of a hurricane is to get rid of dead tree branches as they can break off during a storm destroying property. Branches that overhang a house should as well be cut back as fallen branches can do costly damage to the siding or roof, and overhanging tree limbs drop seeds and leaves in the gutters, potentially blocking them and causing overspill in a storm.

Secondly, since hurricanes damage homes by entering the house’s weak areas like windows, doors, garage doors and roofs, some of the most useful things to do to help a home withstand the storms include: 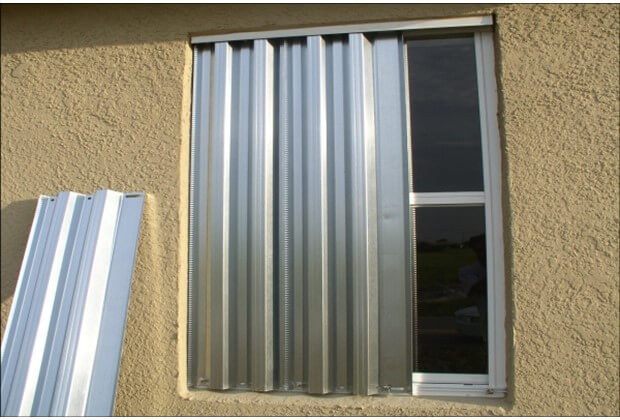 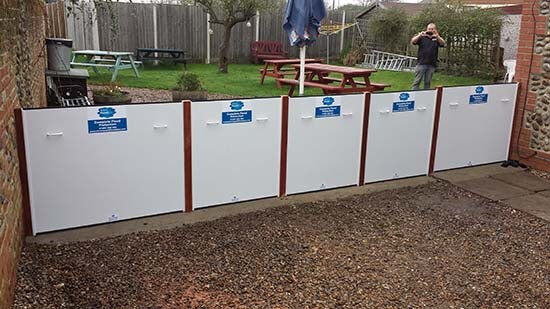 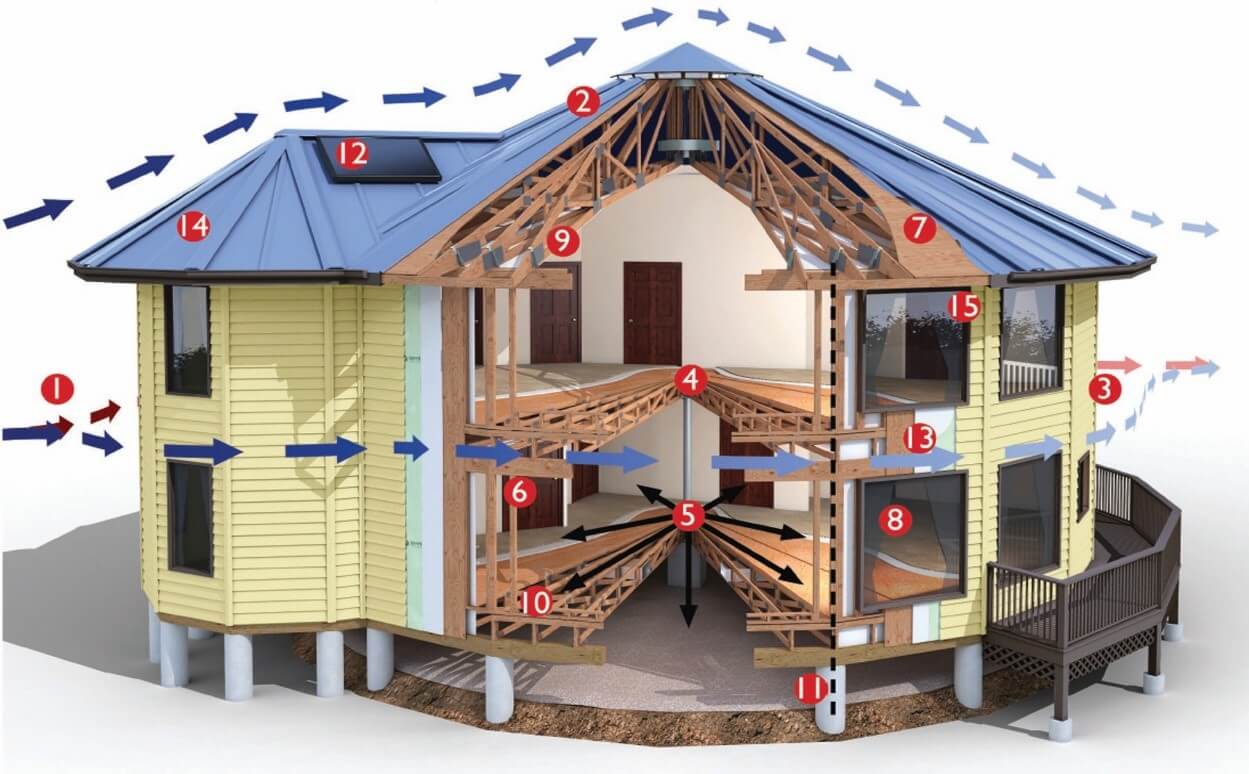 Due to the geographical location of the United States and climate change, more and more hurricanes with rising destruction capability are anticipated. As such, a Structural Design Company or an Architectural Design Company has a considerable role to play producing low cost home designs which are storm resistant. It is important to note that even though building for environmental hazards has always been a necessary truth in the architectural and structural engineering disciplines, a thorough understanding how built environments can coexist with worsening hurricanes is crucial. This includes mapping the most useful and cost-effective applications for hurricane-proof building materials and technology.

To begin with, building codes are the model defense against hurricane damage. Therefore, any Structural Design Company or an Architectural Design Company should push for the revision of some of these standard codes to help build stronger and more cost-effective structures. For instance, they may push for the revision of the building codes for local conventional wood structures in vulnerable states like Florida. To avoid any significant increase  in structural cost for these structures, they can suggest the design of the minimum necessary concrete-based supplementary structures in terms of some concrete columns in the corners of the structures with appropriate connections fixing the rest of the wooden structure or designing all shear-wall systems in concrete as an alternative to the currently used and designed bracing systems acting as the main shock and stress absorber core backing all the other related structural elements. .

Though wood is the main construction material used in most states within the United States, a Structural Design Company or an Architectural Design Company can promote the use of Next-Gen Materials in conjunction with the wood to make storm resistant and cost-effective buildings. This materials are cheaper in the long run and can hugely aid in hurricane sturdiness. Among the most promising new materials is ultra-high-performance concrete (UHPC). It is six times stronger than ordinary concrete and can bend. It is made of fine aggregate, often from recycled materials like fly ash and silica fume and the addition of polyvinyl alcohol fibers or carbon metallic allows the material to bend and bear loads even after some cracks occur.

Lastly, to help ensure that structures are constructed to withstand damage after environmental disasters such as hurricanes, people should work with the structural design company and an architectural design company that specializes in hurricane-resistant buildings and low-cost home design. Such a company definitely knows a lot about the effects of hurricane damage and works together with project managers on construction projects to come up with appropriate low-cost home designs and cutting-edge building safety techniques.

How to Help People Who Have Suffered Damage from Hurricanes

Hurricane Michael made landfall in Florida as one of the strongest storms to ever hit the United States since 1969. About 20 million people are either under a watch or a warning for hurricane, tornadoes or flooding as a result of this massive storm. Many have also already experienced the storm’s fury leaving them without safe drinking water, food, shelter, and electricity.

To help people who have suffered such damage from hurricanes, it is essential that emergency respondents ensure they are supplied with essential commodities such as food, clean drinking water, and shelter. Emergency rescue personnel should also be deployed to ensure people’s safety during the storm. Grants and loans should as well be made available to people who lack insurance to help them rebuild their houses.