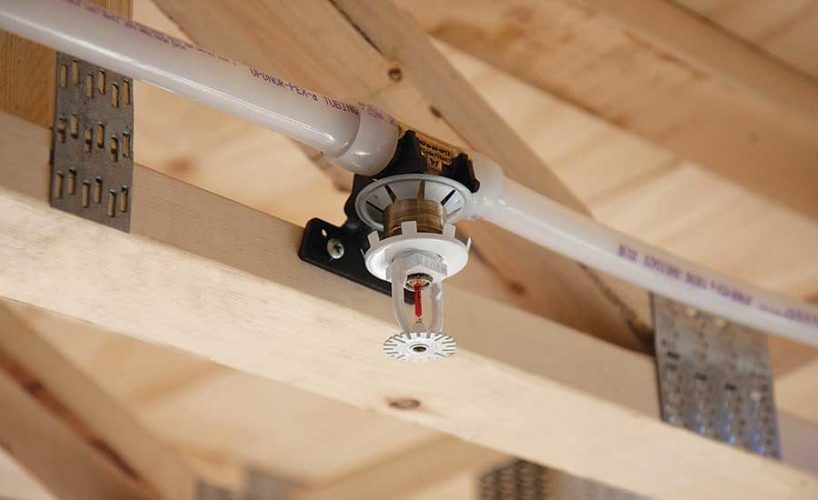 In the event of a major fire in a commercial building, people are going to need time to escape. Many fire protection measures are designed to give occupants of the building more time to get away from ablaze, and sprinkler systems are no different.

Sprinklers save lives by releasing water to douse smoke and flames, clearing paths to the building’s exit. Not only do they clear the way, but they also reduce the chance that occupants will suffer from smoke inhalation or get burned by the flames.

In general, there are four types of major commercial sprinkler systems. The one you choose for your building will depend on the layout and other properties of your structure, but all of them will provide maximum protection for occupants in the event of a fire. 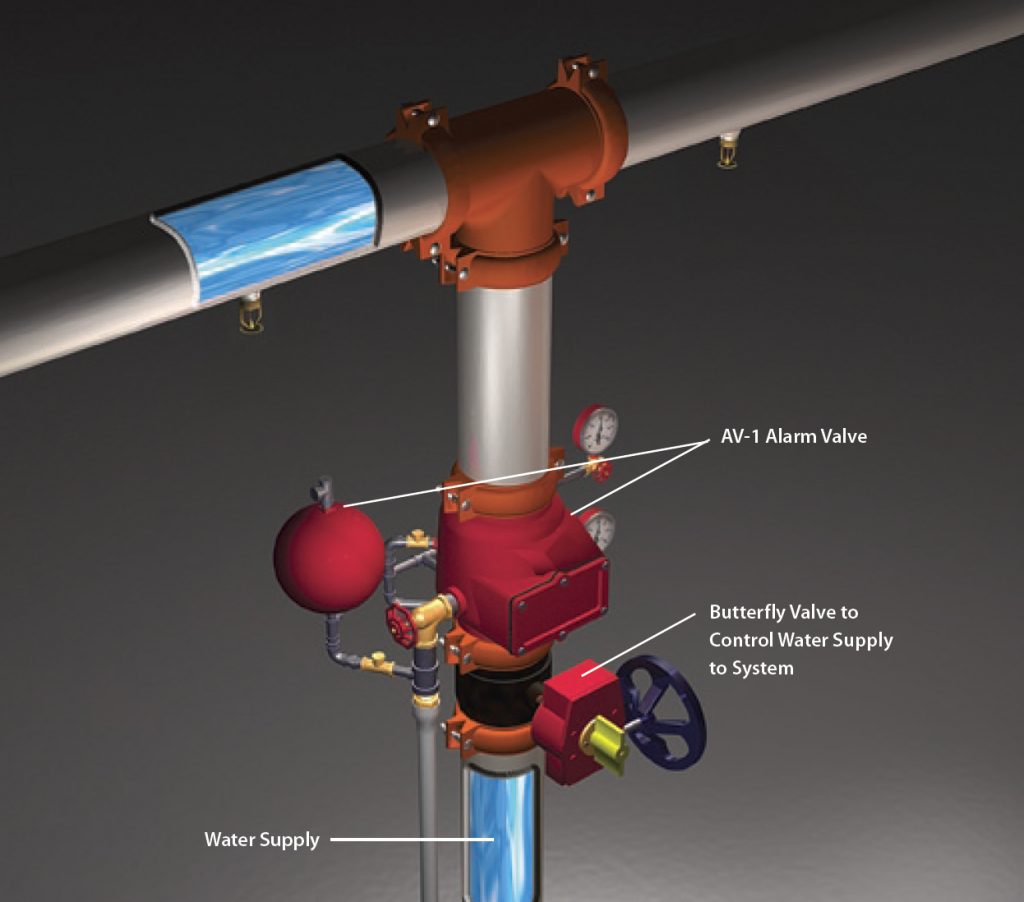 This is the most common type of sprinkler system in both commercial and residential buildings – it might be what immediately springs to mind. The heat produced by a fire activates each sprinkler head, which releases the pressurized water stored inside the pipes.

With a wet pipe system, there is no need to worry about unnecessary water damage since each individual sprinkler head only activates when it detects heat nearby. This is a reliable option for all types of buildings and is cheaper than some of its counterparts. 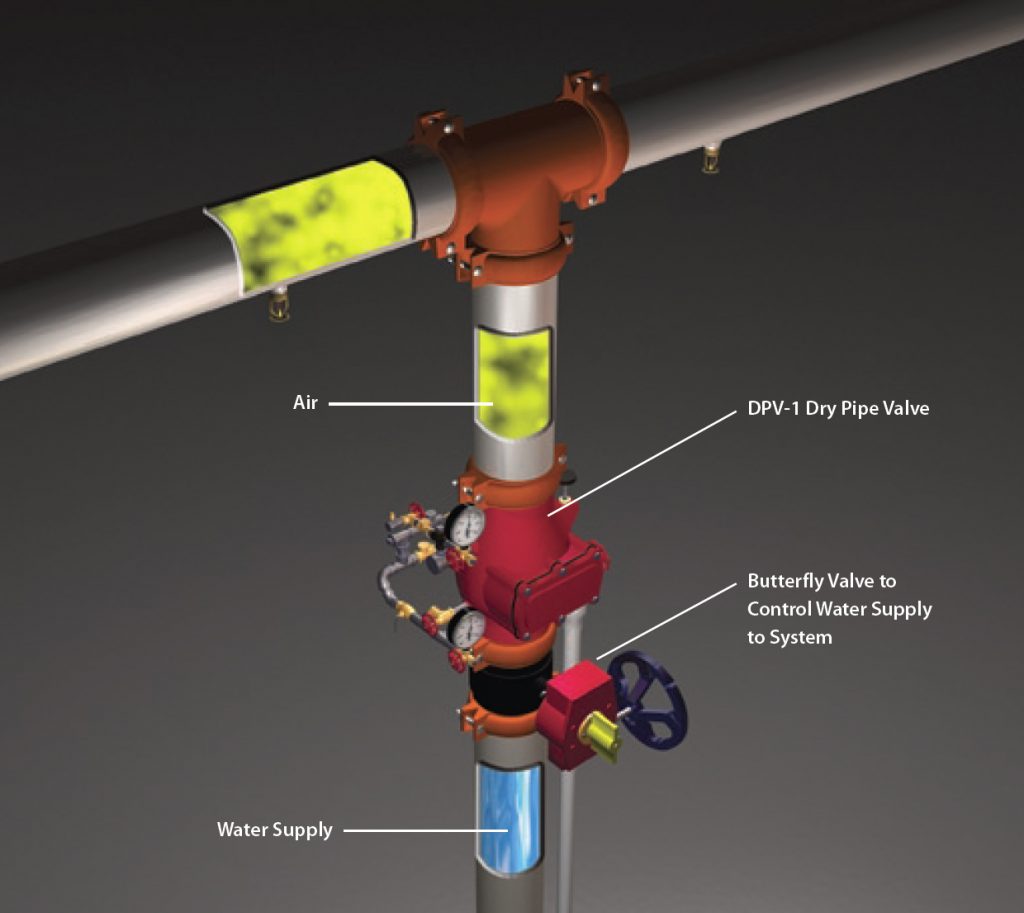 As you may have guessed, the sprinkler heads in a dry pipe system do not contain water. Instead, when activated, they release pressurized air which creates space in the pipes to become filled with water. Then, this water spreads over the smoke and flames.

There are more stages to the dry pipe system than a wet pipe system, making it a more costly option. However, it is a great choice for buildings in very cold areas. This is because the pipes will not contain water at risk of freezing over. 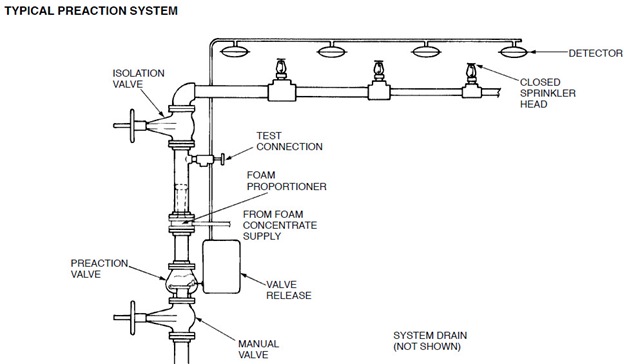 This is similar to a dry pipe system, but there is another layer of complexity. A pre-action system relies on two-step activation: When they detect heat or smoke, a valve will open to allow water to flow into the pipes. After this, the sprinkler heads are individually activated to release water.

This kind of system could be great in buildings where water damage would come at a great cost. Museums, libraries, or areas with lots of computers and other techs could be candidates. 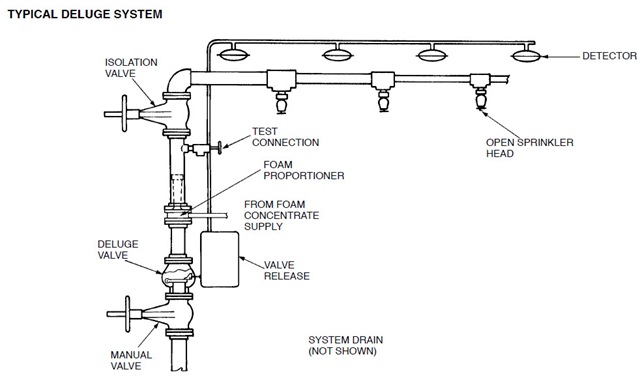 These systems do not have heat sensors fitted to the sprinkler heads. They rather rely on an external heat or smoke detector. As soon as they detect heat, water rushes to the pipes and flows through all sprinkler heads, causing quick flooding of the area.

A deluge system is likely not appropriate for offices, residential or other buildings in which there are likely many occupants. This kind of system is best for areas of high-risk, flammable materials such as a warehouse.

In case you need more information about sprinkler design, feel free to contact us!

Jack Vale is a writer from Happy Writers, Co. in partnership with online health and safety training provider, AdvanceOnline.