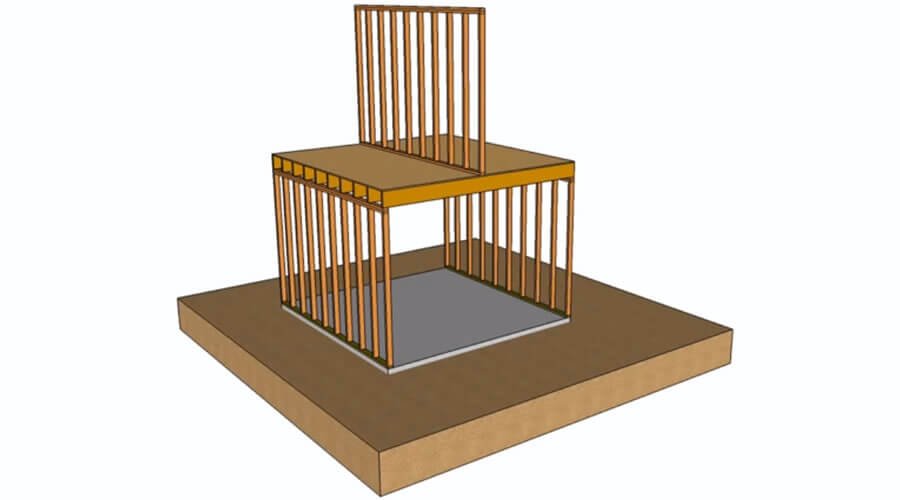 In this article, we are going to provide you with at least six different ways you can frame a floor for a wall that is going to be above it, whether it’s a basement first floor or multiple floor building, this particular building wall here is running perpendicular to the floor joist and is supported by each floor joist, this is an excellent way to support a wall and the weight is being transferred from the wall to each individual floor joist and to the exterior wall to each exterior walls to each exterior walls down to the footing.

Next up on the list would be a wall underneath a wall and this is another excellent way to support a bearing wall you’re probably not going to see something like this on a non-load-bearing wall. You are not going to I should say it wouldn’t be necessary but this is an excellent way to support a load that would be an upper load-bearing wall down to the foundation but you do notice, there’s an extra footing down there. We have three footings now instead of two, you are going to need something in the center to support the walls if they are bearing. 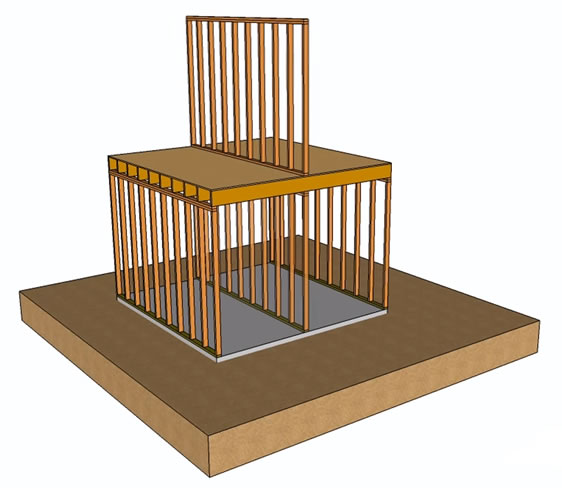 Next up on the list is, if we change the direction of the walls and run a supporting wall underneath and this is another excellent way to have to use a load-bearing wall, if you have had a load-bearing wall above and you’re going to transfer, it’s going to go through the joist upper wall to the lower wall down to that’s right another footing you’re going to need to have a footing again if it is a bearing wall. Remember that the bearing walls love to have support and that support needs to go all the way down to the ground.

Need help supporting your walls? We can help. 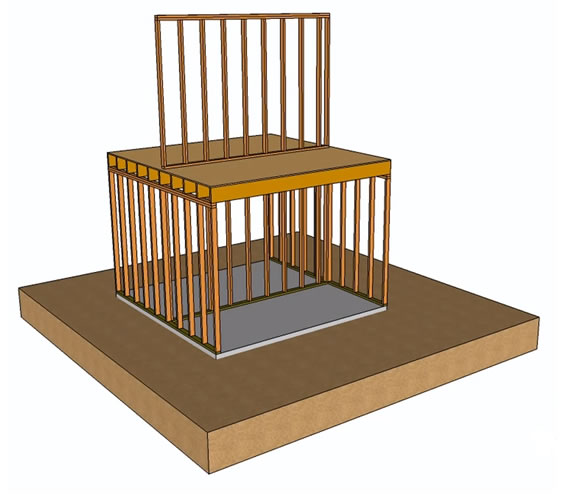 Next up on the list and this is the most common way to frame a floor with a wall whether it is load-bearing or non-load-bearing and that would be by using a double joist transferred down to double studs double wall studs, there’s a nice angle up there and this isn’t like I said, this is the most common way and something like this probably isn’t going to require an additional pad or footing, this would be something that would transfer down again and this is going to depend upon how much weight that the wall would actually be carrying. 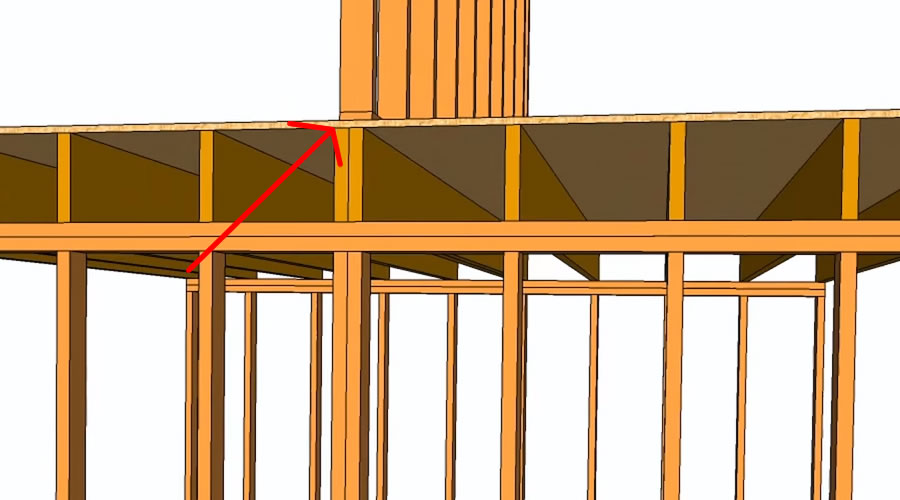 Next up on the list would be a beam if you install a beam instead of a doubler in the wall, something like a four by these are two by 10 you might have a 4 by 10 or a 6 by 10 supporting a bearing wall you are not going to see a large beam most of the time, supporting a non-bearing wall that will be a doubler most of the time that would be two joists not a beam, a beam is going to provide you with a little more insight into the reality that you’re probably dealing with a bearing wall and not a non-bearing wall. 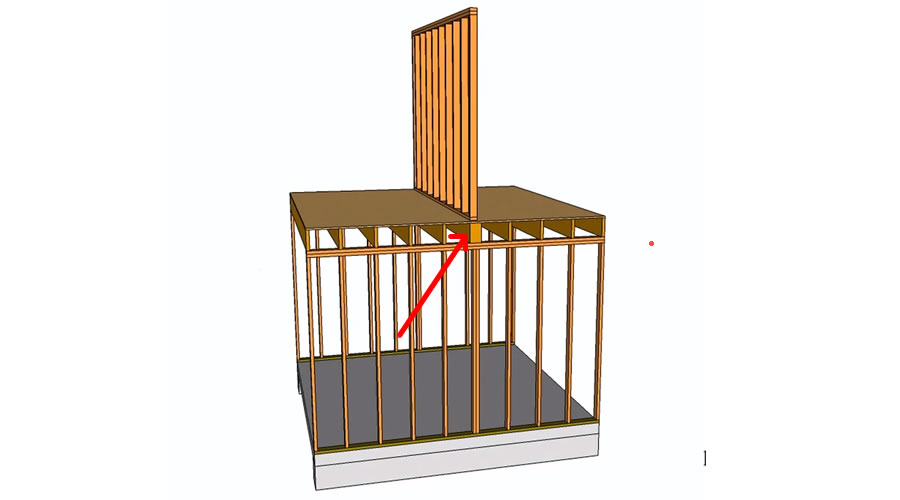 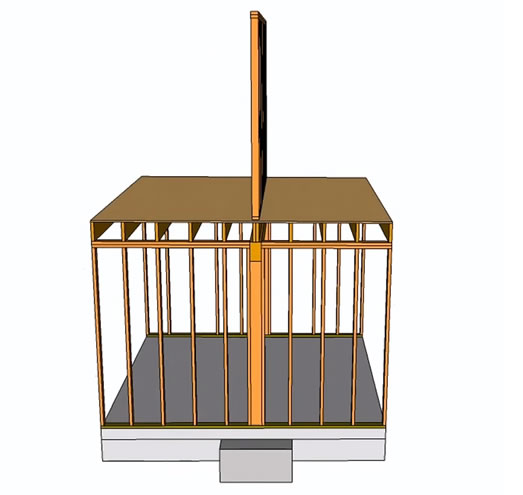 Anyway, that’s it for this article, feel free to leave any questions in the comment area.

Need help with structural design services? We can help with that, and beyond. Just contact us.