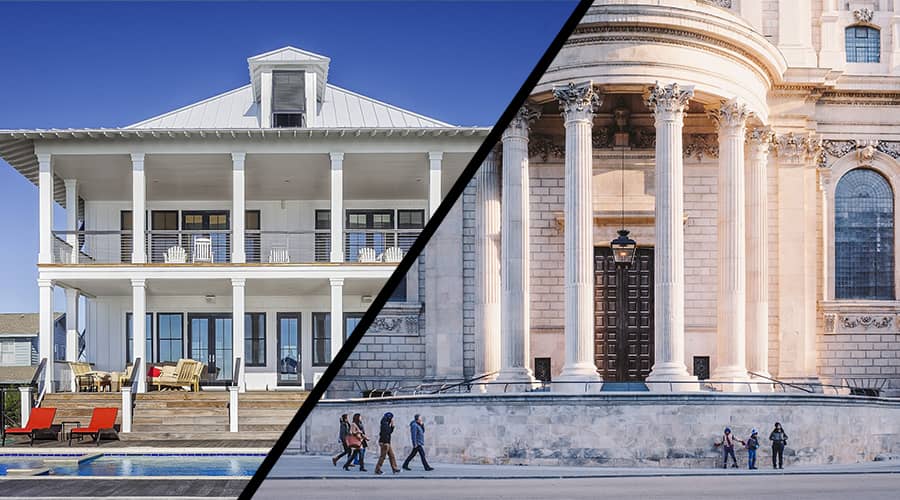 Traditional architecture is a dynamic concept that has changed over the years addressing the many existing issues of housing in our society. It is the way of building a house using recognizable symbols of a particular culture of unique people in a special way. Thus, many people have fallen in love with traditional buildings owing to their special character, location, and history.

Still, vernacular architecture is a term that is used to group the various ways of building a house that uses locally available resources and materials to address the needs of the people. The use of local materials in construction will eventually reduce building costs, making traditional architecture an economical advantage option.

But that notwithstanding, traditional architecture requires a high level of ethical commitment to the local people, their locations, cultures, and traditions. Fortunately, people have found out over the years the various ways to deal with extreme weather conditions. But, the influence of Western culture and the need to build an internationally acceptable construction style have led to a reduction in traditional building solutions.

Logically speaking, the new generation of inhabitants looks for an increased level of comfort in their houses and such standards can only be met by using modern machinery which has substantial initial costs and higher energy demand. However, with careful use of traditional solutions, it is possible to reduce energy needs drastically and use enough architectural style to build a more pleasant home.

Building designers can use modern materials, innovative construction techniques, and technology to increase the profitability and efficiency of traditional buildings. Apart from this, overlooking our architectural heritage and wisdom of the past translates to neglecting the unavoidable challenge for higher energy efficiency required in this generation.

Modern architecture became popular in the late 19th century following revolutions from technology, building materials, and engineering as well as the desire to abandon the traditional architectural styles and invent something that is new and functional. Mechanization and internationalization have led to the rejection of traditional architecture and inadequate understanding of physics of construction deprive the building the fundamental skill and left it at the mercy of the climate.

Need to know how to setup your air conditioning? We can help.

Modern and traditional architecture can definitely coexist but to what extent do you agree to this fact? Take a look at the following similarities and differences.

Now, constructing your building in a modern way is an important way of sustaining the ecosystem. It is obvious that the job of the modern architect is invariably difficult than the traditional architect. Besides, the demands of modern life introduced a lot of new things and considerations into the design of a building more than the usual

As technology advances and life’s demand becomes more complicated, the priorities of the architect in the design of a house will definitely be altered; machines will become more useful in the creation of comfort, which will change your general feeling of thermal comfort level for each of the architecture type.

Still, traditional architecture is highly durable than its modern counterpart. But both of them can co-exist with modern architecture dealing with transformation and change in the present as well as tries to fix it into the buildings. This makes it change with time.

However, the tools, strategies, and materials available to modern architecture are more when compared to traditional architecture. More so, the modern architect has more advantage of acquired knowledge but their union can help both parties derive optimum energy efficiency.

Need help with structural and MEP design services? We can help with that, and beyond. Just contact us.