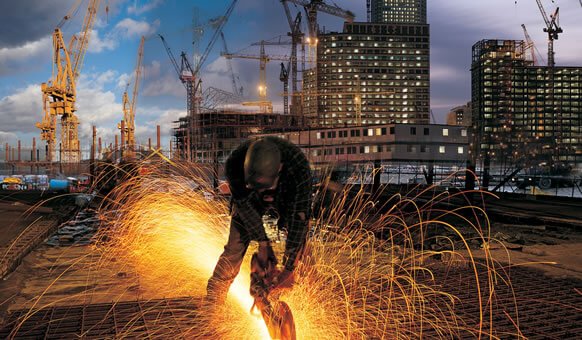 What is the Future of the US Construction Industry? The Future is Bright and Clear

ELFF, the Equipment Leasing, and Finance Foundation are regarded as one of the industry’s main stakeholders and they’ve proved their worth with the recently released report tagged Vertical Market Outlook Series- Construction. The summary of this report is that the commercial construction market will enjoy sustained growth.

This report also contains a detailed analysis of the construction industry’s expenses and the upward trend was evinced, causing a prediction that the construction industry will see another 5% growth. The report also reviewed existing reviews of the market. The analysis sought to explain the expansion seen in the industry and highlighted several factors that brought about the rapid increase inactivity. While the rate of expansion is noteworthy, it is not as staggering as that of previous years. This is despite the lack of confidence and a general belief that several contractors are unable to increase revenues.

Certain metrics such as the anticipated rate of a contractor’s loan default and the level of increase in profit equipment sales engenders gave us this insight. In addition, the trends for the remainder of 2018 enjoyed the limelight. Some of the trends are:

Two major issues that will drastically affect the future of the construction industry are the proposed tax rate and the impact of the new President’s tariffs on steel and aluminum on the cost of building material.

In 2017, a 1.5 trillion dollar tax reform bill was passed and this caused tax rate to become lower, reaching 21%. In addition, a pass-through deduction rate of 20%. There are also discussions ongoing about how construction companies can go ahead and reinvest a significant portion of the tax savings into their company. Also, there were suggestions concerning the issue of the corporate rate. Some people were in favor of raising the rate to 23%. The reason cited for this is to enable them to fund infrastructure programs better.

One final food for thought is the President’s 25% and 10% tariff on steel and aluminum respectively. Other allies of the United States have shown opposition to this proposition and have set different tariffs on the produced goods.