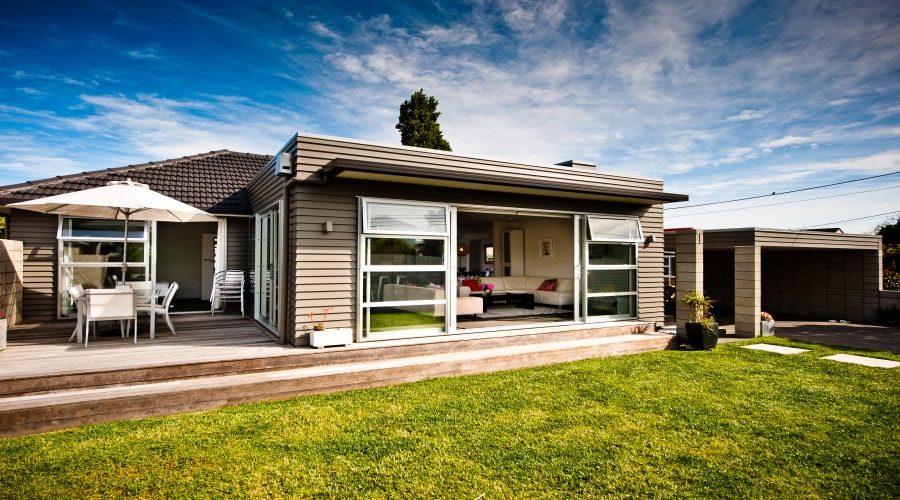 Why ADUs are becoming so popular

The housing crisis is still affecting California, even though job numbers are on the rise, and the economy is on a steady line. This situation is caused by a number of reasons. More and more workers are starting to move to Silicon Valley since California has recently gone through a burst of economic opportunities. However, this has caused some serious problems for the native Californians since they simply cannot afford a decent house at the current price ranges. This is caused by the fact that the supply and demand have been imbalanced in the next couple of years.

You have probably seen some images of RVs occupying the streets of Mountain Views in case you follow the news and social media. The zoning laws that stop development due to the preservation of neighborhood character are preventing residential developments in the majority of metropolitan centers of the state. Single-family homes are usually built in the land that is zoned for residential construction in the major cities, such as Los Angeles and San Jose.

The residential property taxes have been restricted by a law called Proposition 13, which was first seen in the late 70s. Commercial developments have been encouraged by the majority of the cities as Proposition 13 remained relatively popular in the state. As a consequence, higher tax revenues were being produced. The rate of commercial developments started to grow together with the expense of residential projects.

In order to solve this situation, California has turned to accessory dwelling units, despite its reluctance to liberalize zoning laws.

The primary dwelling is connected to the AADUs. Some people build AADUs as additions to their homes, while others transform their existing, unoccupied space into an ADU.

The same thing happens with DADUs, where people convert their existing accessory structure to get such a unit, while others get them directly as their house is finished.

Simply by adding a kitchenette and one exterior door to one of your bedrooms you can create small living units within a house of nearly 500 square feet that are called JADUs. An independent dwelling unit can be created by extending one of the bedrooms and adding a bathroom to it.

We can say that to most accessible ADU to construct are JADUs simply because they require limited resources and the bedroom doesn’t need to be converted. However, we can say that they are a good investment due to the increasing demand for affordable housing. Some of the most important aspects to note about ADUs are that they are relatively modest in cost, small in size and they form an appealing financial incentive for property owners.

The ADU regulations were drastically changed in 2016 after a bill from the State Senate was released. Some of the major changes in the new regulations are: loosen parking requirements, limited utility connection fees, and allowed Junior ADUs. In order to promote ADU constructions, numerous additional bills were enacted somewhere between 2018 and 2019.

Approximately 1,200 square feet is the largest area that detached ADUs can cover, while attached ADUs are limited to nearly half of the main dwelling.

ADUs will be built in areas zoned for multifamily residences as well in the near future according to the new legislation.

The spaces between the lot’s property line and structures on the lot will be nearly four feet for newly built ADUs, and this is considered one of the major setbacks.

Permits are required in order to perform an ADU construction, as with the majority of building activities. In the past, construction departments have more than three months to deny ADU permits. Some people believe that this period will be cut into one half with the new laws in place. Any application can be deemed approved by default in case an agency fails to approve or reject and ADU application within this period of time.

There are some strict rules involved in maintenance, upkeep, development, or alteration to houses which were created by Homeowners’ Association.

In order to cut down the cost of infrastructure upgrades required to accommodate ADUs, cities are now weighing the impact fees on developments. Local agencies will only charge impact fees on ADU developments with an area bigger than 700 square feet, according to the new legislation.

ADUs clearly provide a simple way to create housing without changing the shape and form of an established neighborhood, since many communities are thinking about the impact of allowing this type of construction. Homeowners can also look at ADUs as an investment in the future simply because they can be considered rental units, in addition to offering extra space for household members.

Since they do not contribute to a concentrated rise in density, ADUs additionally posses the extra appeal of usually not requiring new infrastructure or public investment. You should know that most cities do not permit the sale of detached ADUs separately from the main housing unit.

It is very important for homeowners to comprehend the ADU process in the context of increased life spans and as the population continues to age. There are many restrictions to be considered in each and every city, even though numerous communities state they wish to permit the expansion of accessory housing as a viable means to address affordable housing concerns. Making ADUs a more widely available option is a top priority for many localities and states.