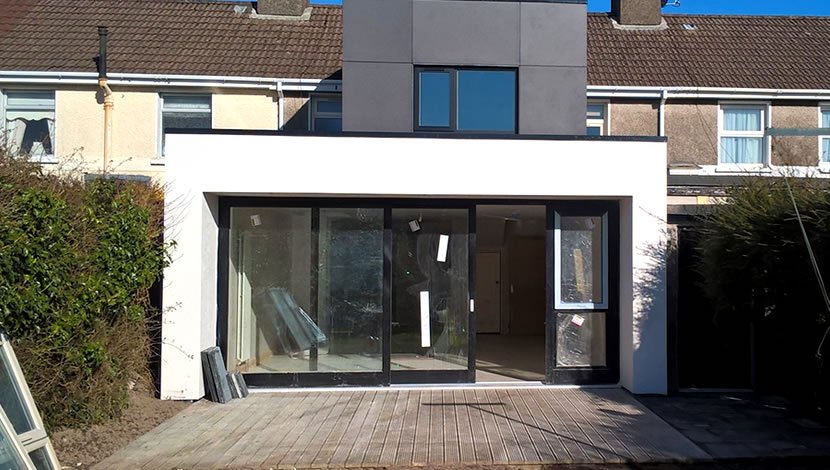 Using box frame for house extensions in The UK

It might seem strange when you face a structural design with multiple columns and beam (box frame) instead of a single beam for the extension of a house. It means extra cost and time for your project.

What is the role of the box frame extension?

In simple words, it provides lateral stability. Imagine that there is a force from one side of the building. A single beam could move slightly in the wall (or pad stone) and damage the wall above (or cracks may appear on the wall). However, box frames provide rigid members resistant to lateral load.

Where do we use a box frame?

If you are going to remove the entire wall in one direction, you are going to need some kind of structure to provide lateral support and stability for the building. Box frame is the best-known alternative for the removed wall. 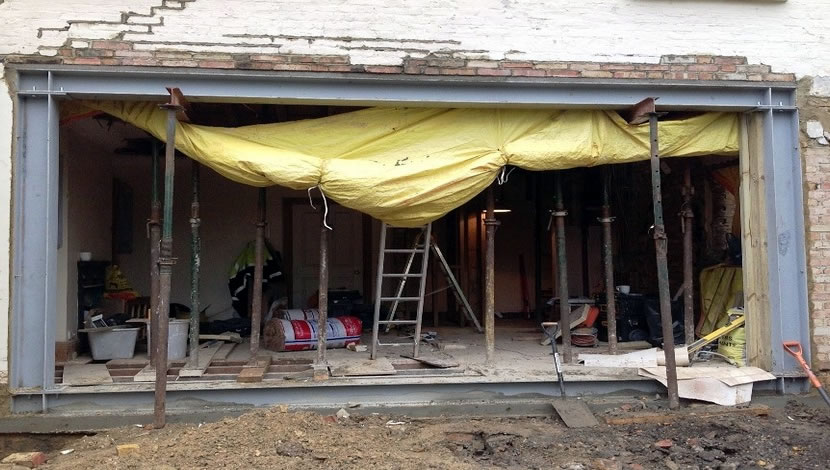 How can you evade using a box frame and just use a simple beam?

If you retain 550 mm of an existing wall at each end, it could provide enough lateral stability for the building, so there is no need for a box frame. I have seen lots of designs with 300 or 400 mm retained walls, but this doesn’t meet building regulation. It should be 550mm. so you should consider this issue during the design stage and decide if you want to have the full-width opening or you can retain part of the wall.