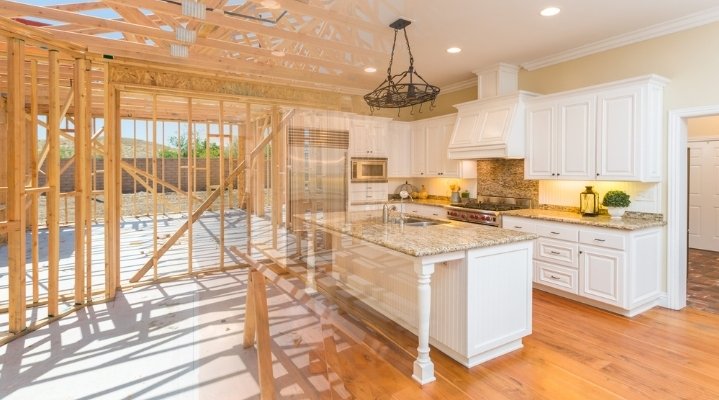 How Custom Home Building Has Evolved Through The Years

Do you believe that there’s no place like home? You probably do; after all, home is where you spend the rest of the day relaxing on your comfy couch, watching your favorite TV shows, and cooking comfortable meals. However, what do you think is an ideal home building? Also, have you ever wondered what an ideal home would look like in 10 years, 50 years, or 100 years? Several decades ago, people built their homes without the help of a builder. All they need is a self-building kit worth a few thousand bucks.

These self-building kits include building plans, shingles, wood lumber, doors, windows, hardwood flooring, molding, varnish, and paint. They have everything people need to raise a custom family home from scratch.

Today, custom-built homes reflect how the evolution of the human population has changed over the last 100 years. There have been massive changes in how homes are built, from indoor plumbing systems to tinted windows.

This post will take you on a journey through the evolution of custom-built houses. Also, if you want to build a home from scratch, kindly visit JAB Construction or other similar platforms to start building the home of your dreams

The beginning of the 20th century (1901-2000) ended the Victorian era. It’s the era named after one of the British Empire’s greatest queens, Queen Victoria—grandmother of the late Queen Elizabeth II.

In this period, installing fireplaces was common in order to keep their homes warm during the cold winter months. Also, ornate trims, front porches, and stained windows became more popular. You can still see them in many houses built today.

But one of the biggest changes that took place at the end of the Victorian Era was the inception of indoor plumbing. This allowed newly-built homes to have indoor flushing toilets.

Unfortunately, indoor plumbing was only made accessible to affluent families. The building requirements for low-income families were different from rich ones. Therefore, only rich families are required to install such great plumbing innovations.

This period brought many changes to custom home construction. Unlike the end of the Victorian era, houses during this era had fewer rooms, but they were built openly, which allowed the air and natural sunlight to pass through. On top of that, porches continued to flourish and became an essential element of a house, indicating family status and wealth.

During this era, houses were designed in a simple way, but they had fabulous interior elements, large windows, and spacious walkways. Such designs were achieved because most homes in this period were constructed in suburban areas instead of the cities.

The post-World War I era began on June 28, 1919, when Germany and the Allied Powers signed the Treaty of Versailles. The end of a devastating war between countries and continents has brought new ideas that eventually changed how homes were built.

Furthermore, custom-built homes after World War I usually had a small kitchen at the back of the house, in addition to the kitchen inside, a limited number of rooms, and a living room.

During this period, most of the homes built were transitioning from Victorian mansions and farmhouses to cozy, two-story homes with a basement. Many families left their small farm towns and moved to cities.

In this era, most homes were glamorized with charming features such as high ceilings, door arches, and nickel-plated accents. Also, these homes were known for having distinct elements such as:

Homes built during this period were called post-war homes. These homes were known for being basic yet functional. They weren’t as fashionable as the homes from the previous era (pre-war era).

Post-war homes were also known for having similar characteristics. In this era, you won’t be able to identify the difference between homes because of their similar features. Originality wasn’t important as long as the structure served its purpose of providing shelter.

Here are the key elements of post-war houses:

The beginning of the 1990s marks the start of modern housing. In this period, homes were simple yet functional and elegant, embracing clear lines and geometrical elements such as strong horizontal and vertical features.

Here are the key elements of modern architecture:

Custom home building has drastically changed and evolved over the past 100 years. Today, most people focus on more sustainable and eco-friendly living through modern housing styles and developments. There have been a lot of changes in the housing industry throughout the century, and it’d be interesting to see what the future holds in the years to come.

Jon Veramendi is a third-generation builder. He has been learning the ins and outs of the business since he was 10. When he’s not elbow deep in construction projects, he likes writing articles about building homes. He spends his free time furniture hunting with his wife. It’s been their go-to date activity for more than a decade now.