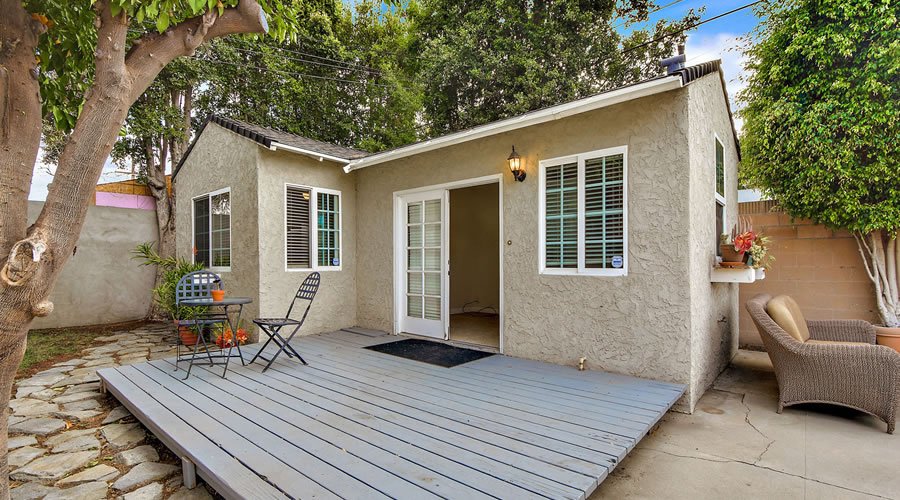 The owners of single-family properties are permitted by the new state law to construct guest apartments or accessory dwelling units. It seems like a perfect solution to ease up the housing crunch in California.
Hosing a crisis in California has turned into a serious issue. The recently introduced policies to address the housing crisis in California will consider two important facts.
1.  As compared to the renter, homeowners want to see more housing schemes
2.  ¾ of the voters in the state are homeowners

The cause of housing shortage in California

Before we can discuss the solution, it is important to understand what led to a housing shortage in California. According to the recent survey done by the Policy Institute of California, as compared to 73% of renters only 55% of homeowners said that they will support the construction of new properties in their community.
When people were asked that whether they would like to have changed in the local permitting and environmental regulation processes to make housing more affordable, as compared to 70% renter, half homeowners agreed to the offer. However, recently the number dropped to 46% and 49%.

The government is planning to add new housing to the expensive cities. The trick they are using is formulating policies that will be appealing for the homeowners. They will have to introduce a policy that will show future promises to homeowners.
In 2016, homeowners were allowed to construct the guest apartments or units by the legislature of California. The homeowners had to assure that new structure will be in their residential area and it will meet the demands of height limits and setbacks. Authorities were unable to ban ADU and they cannot force homeowners to go through processes of a city councilor planning commissions to complete this process. That is why the law related to parking demands was loosened as well.

Advantages of units for a single-family home

Single-family homeowners drive the housing policy of the state and ADU was obviously advantageous for them. With a separate apartment, they can enjoy several benefits like:

Extra space to rent that can bring in positive cash flow
A room for guests, caregivers or relatives to stay
A manageable place for aging homeowners
Increase the value of their property

Even the single-family homeowners who are not ready to build an apartment would appreciate the fact that they have an option to make it possible.
Adding guest apartments or units makes the neighborhood look more manageable and attractive. There will be no random homes added to the neighborhood that might make it look disturbed. As well as it will enhance the value of the overall neighborhood. People who are planning to sell their house will be able to benefit from this scheme. Single-family homes will be expanded. It will allow people to have Accessory dwelling units constructed on their own terms. They will not have to deal with poor construction done by bad developers in the industry.

After the approval of the ADU policy, there was an extraordinary change in the market. Last year there were 63% of homeowners who get the building permit in California. There are several single-family homeowners who are planning to add guest apartments to increase the value of their property. They are aware of the fact that bigger homes will pay them more. Following the example set by California, there are many other states like LA, where the policy has been introduced in 2017.
The dynamic change in the real estate market of LA was noticed immediately as well. More than 140 permit applications were received by the authorities in this region. It seems like a manageable and affordable solution for the development planning authorities as well.

Just like California, in San Francisco, the sale policy was introduced in early 2016. There were only 41 permits in the beginning but within a year the amount shot up to 581 which was surprising for the authorities. Most of the people were planning to convert the outer space or garage into the ADU to gain the benefits that come with it. Consider the increasing permit applications, the authorities took the charge and assured to remove all the restrictions, so that single-family homeowners can easily manage the construction of guest apartments.

However, a common question that is disturbing the authorities is how they will handle the guest apartments in the future. The reason is that the rate at which people are interested in building an ADU will change the overall structure and shape of their house which means the architecture available in previous records will have to be changed. In the beginning, people are converting only a backyard or garage into an ADU. There are chances that in future homeowners will consider utilizing more space and converting it into guest units.
No doubt that now the process is successful and it is helping to generate the effects that authorities want. However, soon there are chances that the only thing you will see in the neighborhood is the homes with ADU and nothing else. The appeal of the property will be lost because there is will be no landscape or proper house infrastructure that can make a house look attractive. That is why not only the authorities but also homeowners should think wisely.

Authorities have to make policies for the management and benefit of the public. Allow the single-family homeowners to build guest units is the right decision because it will help to maintain the shortage of houses. Renters will get a reasonable place to live in and homeowners will have a positive cash flow. However, it is important for policymakers to manage the ADU policy with some strict rules and regulations to avoid any further crisis. What do you think the authorities should do in the future and manage the policy to maintain the appealing structure of the housing properties?