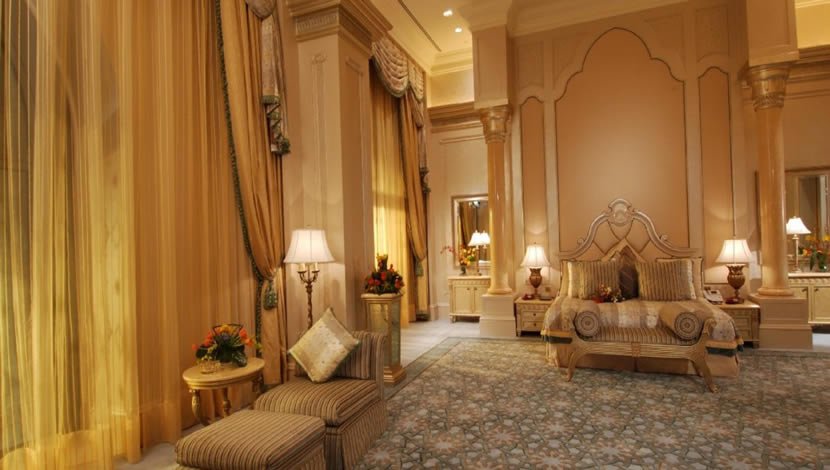 The Islamic interior design was controlled by many ancient civilizations including arches and columns which were controlled by the Roman designs. Be that as it may, privacy is an essential commodity in Islamic culture, little wonder Muslim buildings were constructed to offer optimum privacy without compromising on the quality of comfort for its citizens.

The style of Islamic buildings comprises three important features namely; rigorous pattern, meticulous layouts, and open space theory. Initially, its sole purpose was to showcase Islamic architecture in grandeur and respect for beauty. In order to make this happen, the Islamic style used big arches with pishtags, sweeping courtyards, and iwans with the arcades and porticos. So Islamic architecture maintained high quality but in a less important manner. 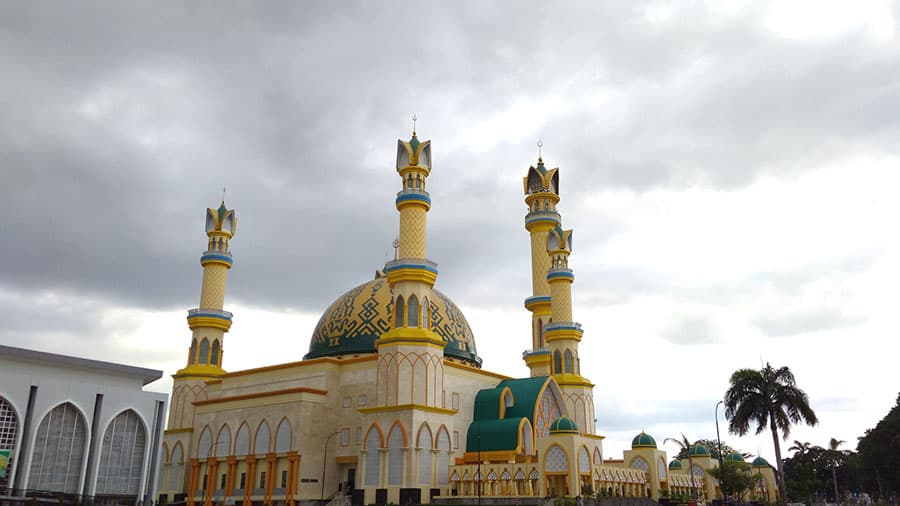 In our quest to understand an aspect of the modern Arabic interior design, it is worth mentioning that the Islamic architecture was useful in all manner of religious (mostly mosques) and secular buildings. Islamic architecture penetrated palaces and even military buildings with the rise of the Byzantine Empire. The Palace of Alhambra in Spain is the most appropriate example of this.

Knowing full well that our focus is on modern Arabic interior design style with respect to small interiors, then we need to have adequate knowledge of Islamic influences on its architecture.

To achieve this privacy, Muslim Architects designed the houses around an inner courtyard that served as the center of the house. A long hallway usually separates the front door from the courtyard to discourage visitors from peeking through and into the house. In most designs, the courtyard is usually decorated with a water fountain and foliage, turning it into a quiet, private and cool family center. 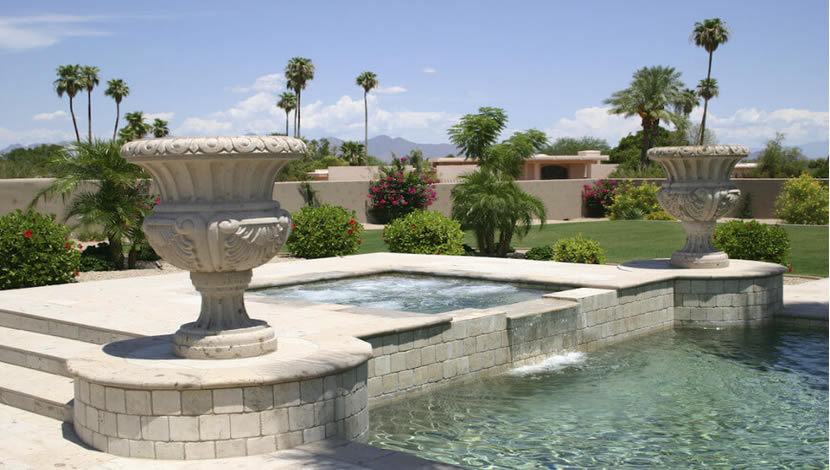 If you take a look at homes that utilize Islamic Interior Design, you will notice a lot of similarities in the homes in spite of the different locations. You will definitely see columns and arches in these homes.

The Islamic Interior Design comes with different accessories that add value and beauty to the house. Windows of such houses are usually covered with ornate screens that offer privacy as well as maintain their functionality.

The Traditional use of Furniture

Back in the old era, people normally spread cushions around the perimeter of the room to act as furniture where they sit. 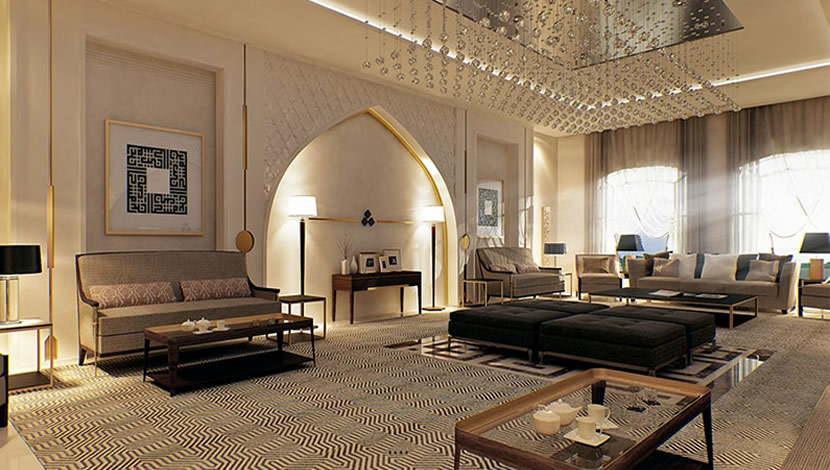 Large Copper trays also served a dual function of table and tray. As earlier, mentioned, the Arabic style was influenced by many ancient civilizations and the arches and columns are examples of the Roman influence. Syrian traditional furniture is decorated with mosaics or mother-of-pearl inlays, and Moroccan traditional furniture is decorated with painted or carved geometric patterns, which have influenced the Islamic Interior Design.

How Muslims Decorate their Homes

The Islamic faith prohibits Muslims from drawing human and animal images in their home. They, however, created a unique form of art called Calligraphy, which was used as a writing style to write verses of Muslim holy book (the Koran) to decorate mosques and homes. 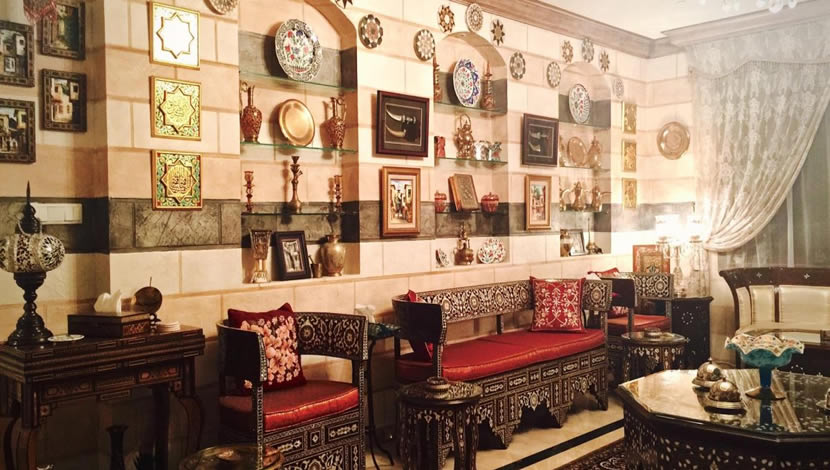 Muslims also created a form of abstract art that involves geometric and Arabesque (scrolls) shapes. Mosaic tile in vibrant colors was used to decorate mosques and homes. Below is a photo of the Blue Mosque in Afghanistan. Amazing Colors…and patterns…and design…and the fact that this is TILE not paint makes it Spectacular!!! 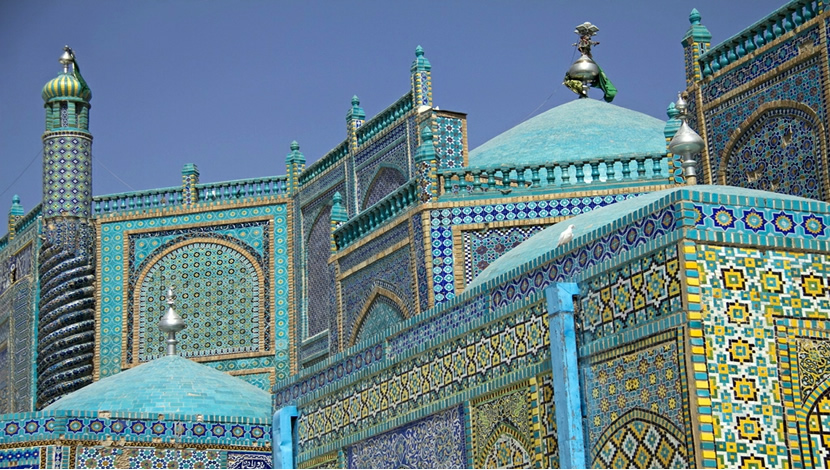 The Use of Lighting

The Islamic candle lamps of the 18th and 19th centuries are usually used for lighting purposes in the Islamic Interior Design. 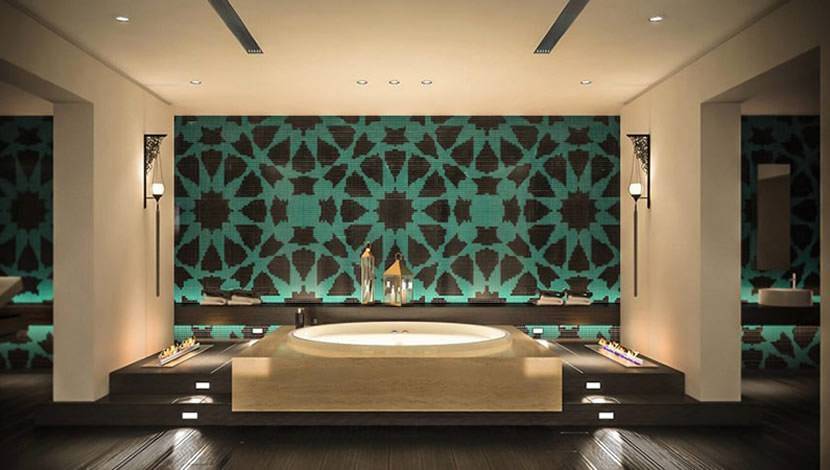 Finally, what would a Muslim home be without rugs? Muslims pray on the ground and according to the Islamic injunction, the ground is required to be clean from impurities. To ensure cleanliness, Muslims walk barefooted in their homes. Therefore, they require having rugs in their homes. Based on necessity, Muslims have developed the talents for weaving rugs for the homes. Persian and Turkish rugs are well known for their quality and aesthetics of Islamic Interior Design.