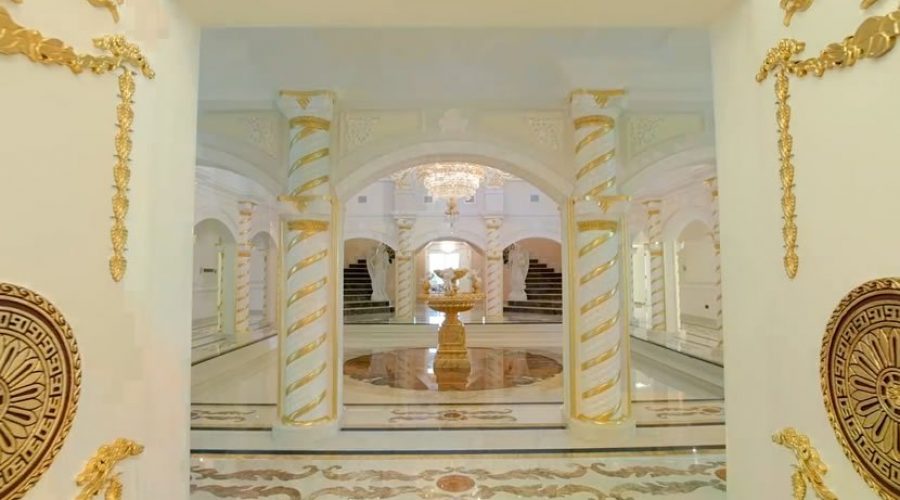 Islamic Architecture; Culture for the Future

Islamic architecture has been touted as one of the most ingenious blends of tradition and technology for obvious reasons. As we know, before any novel solution can achieve widespread acceptance, there must be a perfect synergy between the traditional and the contemporary. There are grave consequences if we refuse to integrate culture and tradition into our modern architectural designs.

Similarly, any architectural design which fully accepts the features and innovations employed in ages past without incorporating sophisticated technology is merely a clone. An outdated clone.

To this end, it is expedient that professionals carve out a pristine blend of classic medieval design and modern structural aesthetics to come up with a type of Islamic architecture whose impact reverberates for a long time.

For this to be achieved, we have to come to a compromise. Enough of the single story. Islamic architecture has to tell the tale of conquest on both sides. How we were able to utilize the rich culture of Islamic religion, and the process of exploiting the modern technologies which color our society now.

The Battle for Tradition

Tradition is never to be forsaken. The ancient landmarks are to be revered and treasured. Traditional Islamic architecture, in its little way, portrays the rich cultural, social, and religious needs of the people. The concept is one that exudes the values of the religion; through a diligent study of the norms of Islam. A reflection that, without it, balance cannot be achieved. 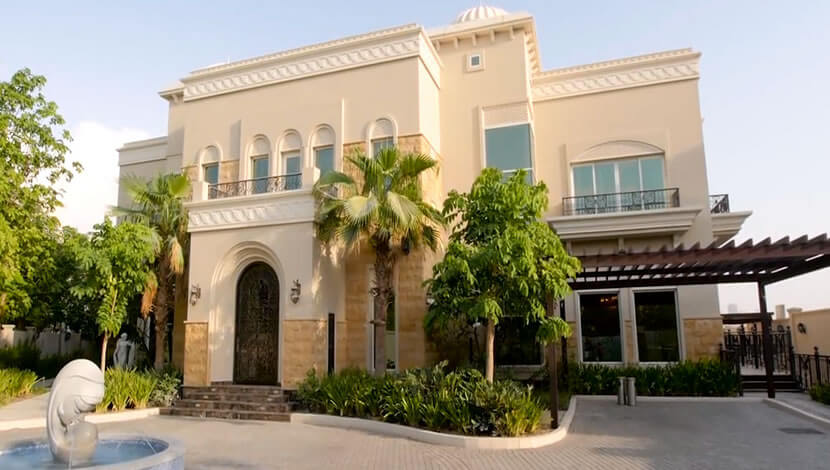 In favor of Modernity

The strife for modernity is equally important. There is a need for creativity and ingenuity as regards the materials, style, and aesthetics and this is concomitant with technology. With this style, however, the integration allows for the elimination of any extravagant addition, misuse of space, and irrelevant features.

When Islamic architectural design is harmonized with the improved technological process, the result is a classic array of refined Islamic societies. Change, no matter how subtle, is often received with mixed feelings, however, this change is for the ultimate advancement of the Islamic society.

Islam is an Abraham doctrine and monotheistic religion that focuses on the teachings of Prophet Muhammad. Islam is not just a religion, but a way of life that teaches discipline and peace. Islam is a colorful religion, which made its way to places by the Arabians. Their coming brought the Arabic numerals, which are used now, worldwide, sciences, and education in general. 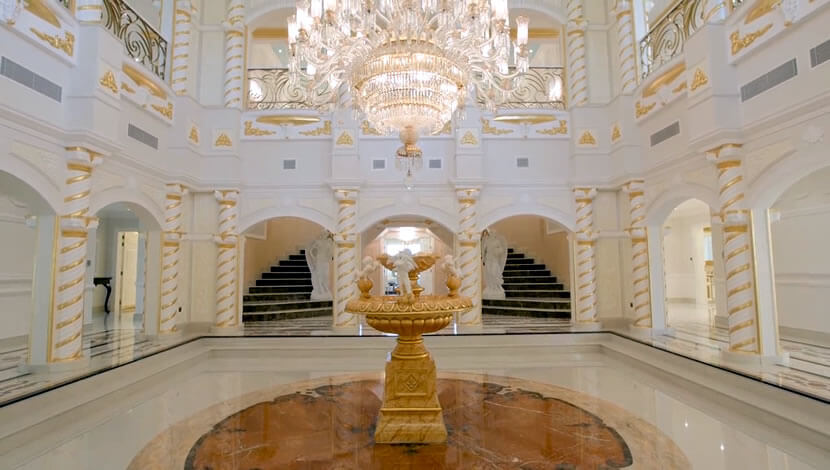 One of the most amazing contributions that Islam has brought is the style in which their architecture is put forth, with their superb craftsmanship and ideas that are equal to none, their houses stand strong and ever sure.

It is easy to misjudge and look down on traditional technology, heralding the saying; “new brooms sweep clean”. Tradition is never to be mistaken for outdated or out of style. The value attached to a structure surpasses the price or amount of sophistication, and this should be the underlying principle when reconciling tradition with modern technology.

No worker should have to feel deficient or below par simply because he is in favor of good old tradition. Islamic Architecture aims to bridge the gap between the old and the new with its integrative approach without compromising on the values of both.

Are Islamic traditions wrong? No! Is it bad to allow the tenets of a particular faith to inspire your architectural designs? Definitely not! The spiritual consciousness of Islamic architecture should be a reason for widespread acceptance. Similarly, the idea that structural design concepts from the past can’t be borrowed or reinvented should be discarded as this limits intellectual progress.

According to Robert Adam, tradition is what drives the identity of urban settlement. He posits that orthodox design can be as original and creative as any other type of design. Going further, Robert states that if the public embraces this development, the process can lead to an even better means of inventing a new form of tradition. The summary of it all is that adding culture to architectural design is important. 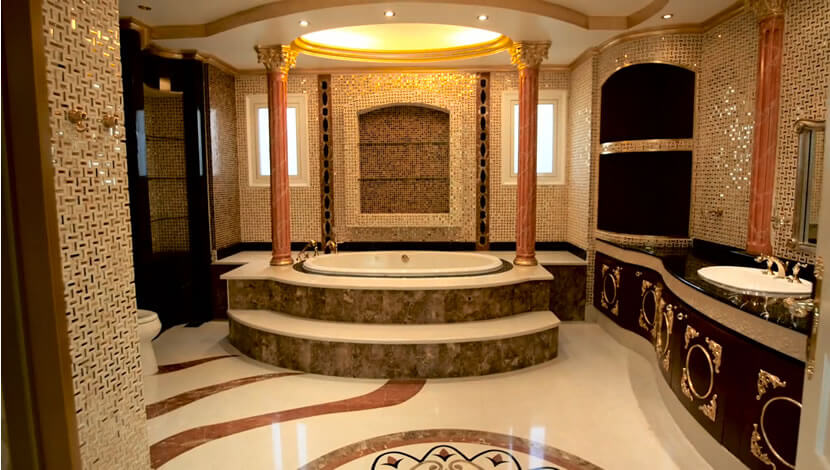 Gary Martin shows how Islamic architecture is a perfect avenue for people to draw nearer to their environment and God. Citing examples of mosques of Cordoba, Edirne, and Shah Jahan. These mosques made use of locally sourced materials and technology to portray Islam as they knew it. The concord of Islamic Architecture, as seen in these designs, still has an impact on the world today. 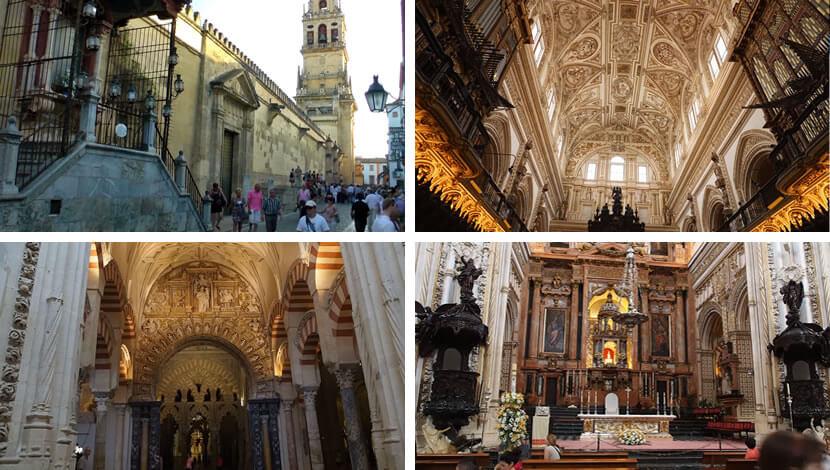 According to Gary Martin, this is one of the directions Islamic architecture can take. With this approach, the Islamic values and culture are completely abandoned. The architectural structure eventually created wholly consists of modern trends and aesthetics.

Embracing the Past Wholly

This is antithetical to the style of shutting out the Islamic culture. In essence, prior norms and values hugely influence the structures. This kind of approach might see hybrid buildings with designs rich in Islamic content and values being transplanted onto modern structures.

This approach aims to fully understand the core of traditional Islamic architecture. When consummate understanding is achieved, sophisticated building technology can be used as a tool in giving expression to the hitherto silenced religion of Islam. With this approach, architects can employ sophisticated materials and techniques which make the process of manufacturing more seamless.

This further provides the platform to expand the frontiers of architecture, enriching it with cultural patterns and geometry. The aesthetics and appeal of this approach engender are further accentuated with the pertinence to the tenets of Islam. Islam is a renowned religion of peace and the peace which co-exists between modern Islamic architecture and the ancient traditions will come to play.

When this is properly synthesized, the resulting structures and design can now inspire new opportunities and ideas. When this has been achieved, modern Islamic architecture will be touted as a success because it is not only practicing the peaceful nature of the religion itself, it is also serving as an antecedent to future designs. 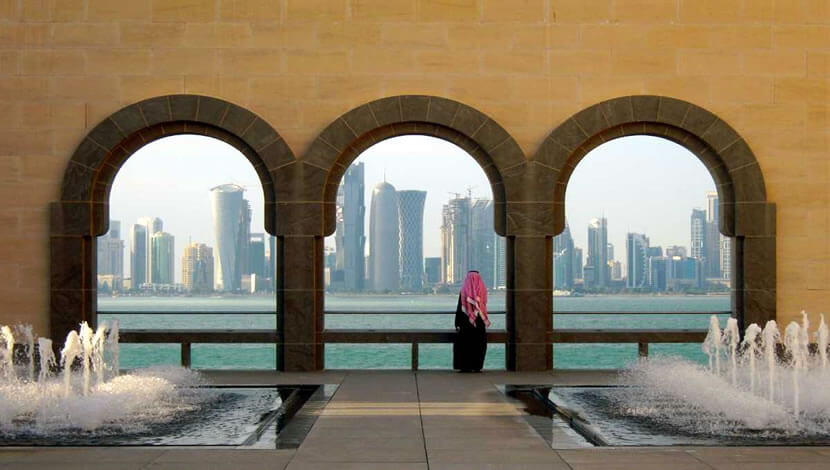 Since Islamic architecture is inspired by Islam, it also stimulates worship activities. As they spend the moments of their lives reveling in this architectural splendor, the worship inspiring feature of Islam is seen at work. As earlier stated, the design is under the auspices of how God, nature, life and the process of civilization is perceived by man.

This brings about the relationship between the religion of Islam and where it stems from. In Islamic architecture, there is no irrelevant phase. Every aspect, irrespective of the time frame is equally important. It begins with the process of envisioning the bigger picture. After this, the planning occurs. Next is the process of designing and constructing the building. The outcome is not just the structure, rather, the relationship between the end-users and the building. Modern Islamic architecture is also concerned with the benefits the users draw from their structure.

Islamic architecture is to be expanded into more advanced realms. Similarly, architecture should be viewed as the ultimate emblem of spirituality that cannot be dissolved into a sphere cursorily. It requires keen attention to detail.

Architecture and the Religion of Islam

The field of architecture can be likened to the religion of Islam in some ways. They both require a level of priestliness, accuracy, and balance. Similarly, both architecture and Islam demand strict adherence to laid-down rules and regulations. Failure to conform to standards on both fronts amounts to peril.

Architecture seeks to display the binding laws of equilibrium that are experienced throughout the universe. These are the laws that govern the universe and ultimately, the structures in the universe. Claims that Islamic architecture is a mere imitation; a phony are baseless and unfounded. There are several challenging aspects of coming up with structures that obey this philosophy. Hence, there is no imitation. Neither is there any cause for discord as regards architecture and the religion of Islam.

In the same way, Islamic architecture is a symphony of the terrestrial and Godly elements. Since the heavens and the earthwork together for a purpose, the importance of one side over the other cannot be emphasized. Each part has its role to play in the universe and the agreement of both elements complement their operation. 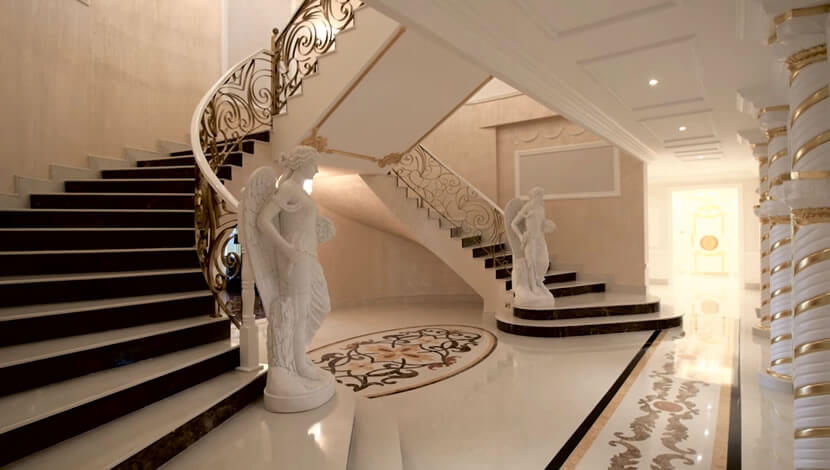 If one part is neglected in favor of another part, there can be grave consequences. This is due to the delicate nature of the art. When conceptualizing and implementing Islamic architecture, the impact of the spiritual aspect is to breathe life into the projects. The divine factors help to instill an aura which becomes a part of the structure.

For this reason, Stefano Bianca; a Swiss architectural historian made a remark on the extent to which Islamic architecture is influenced by the Islamic religion. His statement was lucid; Islam has a distinguishing characteristic which engenders a complete cultural system with the religious practice well-engrained in the daily lives of people. This is the feature that makes Islam stand out compared to other religions.

Even though Islam as a religion did not lay down the rigid concepts of architecture, it has greatly helped in shaping the behavioral processes of followers. If this analysis is anything to go by, it is expedient to address the issue of Islam as a religion before dabbling into the structures in question, whether modern Isla