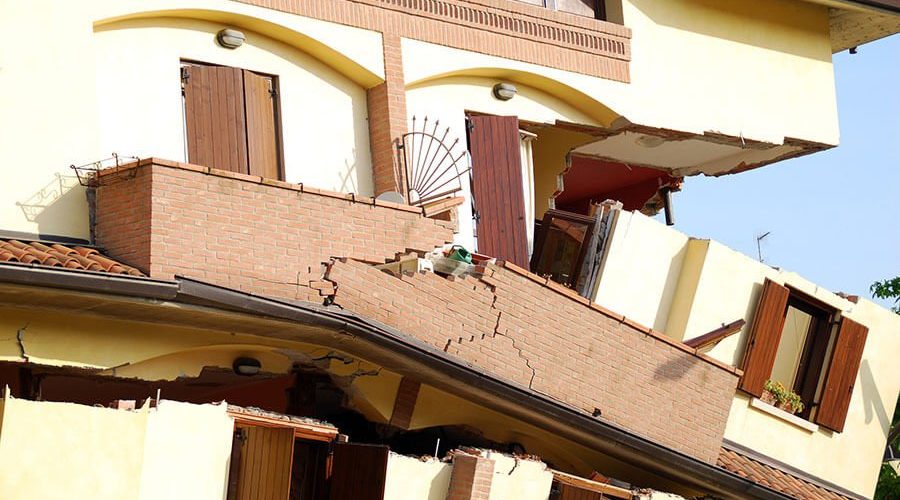 Natural disasters happen most of the time without giving any warnings or signs. Earthquake is one of these deadly incidents that lead to the collapse of a building but can it be avoided?

These events seem to point to an unpleasant future with shaking crust, and earthquakes have always been common right from the creation of the world but mankind has resolved to withstand them. The debate on whether earthquakes kill people or not is a discussion for another day.

The continuous growing population of our urban centers has made building engineers think about how to maximize space in a densely populated area – by constructing high-rise structures. As a result, a lot of skyscrapers are sprouting up in every urban center around the globe.

Nevertheless, some of these most populated cities are susceptible to earthquakes. Besides, history has shown over time that big tremors happening in poorly-constructed urban areas can cause deadly consequences. Little wonder why earthquake-resistant buildings have taken the center stage in recent time.

Many architects and builders have come to believe that it is possible to design and build a structure that would either absorb or shake off the waves of the most deadly earthquake and still remain new especially when the quivering might have ended. The cost of such a building would be very high.

On the other hand, engineers are proposing less expensive options which will eventually prevent a complete collapse of a building and preserve life – earthquake-resistance buildings. Before we go deep into building an earthquake-proof structure, it would be wise to consider a few fundamentals.

The Goal of Earthquake-Resistant Buildings

The essence is to reduce the loss of life to an absorbable level by preventing building collapse for uncommon earthquakes.

How Does Earthquakes Impact a Building?

Basically, earthquakes happen when rock masses in the earth’s crust move over and against each other. This movement is common along a fault – which is a break in the rock mass that extends far, even to hundreds of miles.

When pieces of rock from the earth’s crust suddenly slip and move over each other, they release significant amounts of energy which travels the crust seismic waves. These waves cause the ground to shake and vibrate either calmly or violently at the earth’s surface.

Surface Waves which include Love and Raleigh waves form long wave trains that travel long distances causing most of the vibrations and much of the damage that is characteristic of earthquakes. However, both type of waves here moves the ground horizontally, but Raleigh wave moves the ground vertically.

It is obvious that buildings might suffer little damage if earthquakes only move the ground vertically as buildings are constructed in such a way to withstand vertical waves,  – those forces that are connected to gravity to some extent.

The turning forces of an earthquake can exert extreme horizontal forces on buildings especially Love waves. These forces create lateral movements which are measured by scientists as G-forces. Such a sudden acceleration to the side creates big stresses for a building’s structural elements such as beams, columns, walls, floors, and connectors that jointly fit these elements together. So, if the stresses are enormous, the building can collapse.

A building engineer must evaluate the seismic activity of a building site before any major construction work begins. These designs can be evaluated by the following two ways:

The U.S. Geological Survey (USGS) prepares the national seismic hazard maps. These maps show the likelihood that ground motions will surpass a certain value in 50 years’ time. Geologists use historical earthquake data and make a clever guess about ground motions from possible earthquake magnitudes that might happen in the future at all distances from that location. The outcome is a colored contour map that showcases the areas of the country that are prone to the highest earthquake hazard.

The International Building Code used almost all over the U.S. establish seismic design options in relation to the USGS Seismic Hazard Plans. This means that engineers must abide by more rigorous standards when they design bridges, highways, and buildings to ensure each structure withstand an earthquake in high-hazard areas.

Likewise, in low-hazard areas, engineers and architects are allowed to overdesign structures that are likely to experience drastic ground motion as a result of an earthquake.

Engineers and architects are expected to propose the right building design whenever they determine the seismic risk of a site.

Generally, engineers keep each diaphragm on its own floor and support it horizontally so that it can distribute sideway forces evenly with the vertical structural members. Architects and engineers can support the diaphragm with trusses. Trusses are diagonal structures which are inserted the rectangular areas of the frame.

The vertical structural system of the building on the other hand transfer seismic waves to the ground. Engineers have many provisions when building a vertical structure. They usually construct walls using braced frames, which depend on trusses to counter sideways forces.